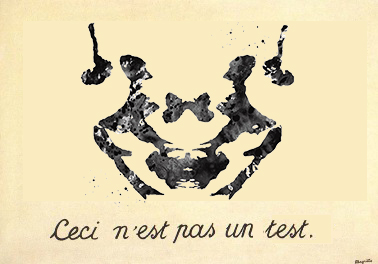 Primary language of this project is French. Secondary language is English. instructions for the couples participating should be available in multiple languages, including Asian languages, Arabic, and Russian.

Needs a name that is sensual but stops short of being sexual.

The idea is not for development to be rapid or easy, but for the end product to be magnificent.

They enter a booth and try to affect certain factors. One side of the booth is clear plexiglass, or maybe color tinted Transparent. They need to raise there GSR, some sort of brain waves, heart rate.

Levels would be recorded, and rewarded, both for the individuals, and for them as a couple. but bystanders should not know which is which. In other words, if smoke comes out one side of the booth, bystanders should have to wonder which person generated that. If smoke comes out of both sides, then he, cool! The indication is of a mutual orgasm, sort of. And they might be using sexual means to generate that result, but it is not intrinsically a sexual event.

meanwhile, as they affect entertain these goals, physical objects moves on the outside of the booth, or at nearby locations surrounding the booth. It could also activate horns and whistle’s. steam or colored smoke exiting from the top or sides.

also, when certain simulation indicators reach a certain level, and electrical current is passed through the Transparent glass, which turns dark or mirrored so people can no longer see them.

certain monitors won’t fit on their toe rather than a finger. For two reasons: it will be harder for them to take it off on purpose. It would leave their hands and fingers free.

Or maybe all four sides are the electrical conductive glass. The couple hast to achieve the first monitor effect so as to close off the view while they are attending the rest. And if at some point they go under that first goal level, the Glass walls become transparent again, exposing them. it could also be set to go to transparent 30 seconds after reaching all goals. That’s if they are undressed, or in an embarrassing position, they would have 30 seconds to change that.

if there are two booths, then it can sort of be a competition. But the speed of attainment is not the only factor. One couple might achieve a cold first, but the other might do it any more interesting way, for example, with interesting ups and downs hills and valleys along the way. And there reaching of the goal might be higher in the end, or combine more factors. So oneCouple might achieve each factor first, but another a couple might achieve all five or six factors nearly simultaneously, which would also be rewarded with greater light, movement, and sound effects.

The couples success could also be rigged to affect the audience. For example, it could make the floor on which the audience is standing vibrate.

and it is a test.

On enter, the system openly asks for:

Participants must attain a certain cumulative skin impedance value by joining hands. Then again, but this time it can’t be just by holding hands. The value changes periodically, and also varies according to the number of people in the exhibit at the time. (So as to give the maximum challenge, but still make it attainable.)

Automatic monitoring controls will (surreptitiously) make sure people don’t group themselves solely based on skin color or country of birth.

It will also attempt to split people from others they entered with, using contiguous entry and other data to judge. (Doesn’t matter if it makes mistakes, as long as some separation is created.)